Why You Won’t Regret Leaving Academia Behind

Nowadays more people than ever are leaving academia, some because they want a different life and some because they can’t get or maintain the job they want in academia. Since I left academia to become a freelancer, I’ve advised grad students, PhDs, and even tenured professors about making the switch.

A lot of people lament the idea of leaving academia after investing years of their lives into it. I know I did when I first made the switch years ago. But I quickly realized how amazing life is on the other side.

I’d like to share some of my own experiences as well as some compelling arguments for why I don’t think you’ll regret leaving academia either:

Leaving academia gives you your life back 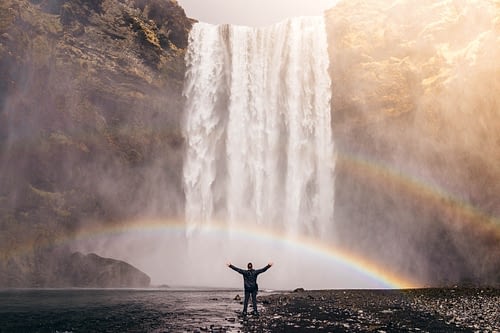 I probably don’t need to tell you how competitive academia is. At least back when I was in grad school, I felt like a failure if I wasn’t working at least 12 hour days. Every holiday break and summer was an opportunity to get caught up on work, zero rest involved. I had my MA by the time I was 24, and I worked without a break for years to achieve it.

I can’t think of a single other career that requires people to sacrifice as much of their lives and happiness as academia. Maybe people working on Wall Street are busier, but at least they’re paid well for it.

Leaving academia means you’ll actually have time to enjoy your life. When I dropped out of my PhD program as a young adult, I quickly realized I had no hobbies. I had to teach myself how to enjoy my free time and get rid of that nagging feeling that I should be working on something.

My change was more drastic than most, because instead of getting a 9-5 job, I joined the freelance world. At the time my expenses were low so I was able to earn enough money to live off of working only 15-20 hours/week. Now I still only work that much, but that’s because I have clients that pay me really well so I earn a full-time income.

Want help? You can leverage the value of your liberal arts degree by choosing a profitable online freelancing niche. Sign up for my FREE mini-course to discover which niches your academic skills are most relevant for, and set up a strategy to succeed as a freelancer like I have.

Even if you do leave academia to join a traditional Monday-Friday, 9-5 career, you’re still going to get your life back. You’ll have these things called “weekends” and “vacation time.” Have you heard of them? 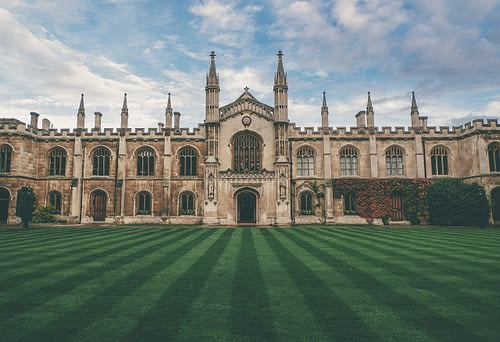 Just about everyone who’s disillusioned with academia still loves their discipline. I became an anthropologist because the subject fascinated me, and it still does today. When I left my academic career I was worried I’d never get to do anthropology again. I felt like I was making a huge (but necessary) sacrifice. Maybe many of you contemplating leaving academia feel the same way.

Luckily, I was completely wrong in my assumptions. I still get to do what I love about anthropology, and not only that, I get to do a lot more of it.

The truth is you never stop being what you once were. I used to tell people I’m a “former anthropologist.”

Then someone asked me, “Once an anthropologist, can you ever really stop being one?”

The answer was of course no.

So rest assured knowing you’ll still be a historian, or sociologist, or whatever they call people with an advanced English degree (Englishologist?).

There are lots of ways you can continue participating in your discipline after leaving academia. In my case, fieldwork was my absolute favorite part about being an anthropologist. If I was lucky, I got to spend 2 months in the summer doing it in grad school. Now I live in my former field site (Ethiopia). And people ask me to help out with their research projects all the time. I do way more fieldwork now than I ever did while in academia.

If your favorite part of academia was getting published, you can still do that. If you liked participating in research, you can do that too. In fact, there’s a growing demand for freelancers with advanced degrees to help out with academic and non-academic research projects. There’s a whole online platform devoted to helping you make those connections.

The pay is way better everywhere else

Liberal arts assistant professors in the US earn $59,809/year, on average. I just Googled data on what adjunct professors earn, and was shocked to discover it’s $20,000-$25,000 annually. These abysmally low salaries for academic jobs are embarrassing, especially considering how much work goes into getting a PhD. And it’s only getting worse. Adjunct faculty now make up the majority of higher education instructors, with fewer tenure-track positions every year.

The truth is, you could earn more as a house cleaner than an adjunct professor. And most other careers that require a 4-year degree have a better average annual income than assistant professors. Take note: These are jobs that don’t even require an advanced degree.

Nearly all jobs after academia can earn you more money. Even professors with tenure could take advantage of this. After my first year as a freelance writer, I realized I was already earning more than my grad school advisor did, while doing a mere fraction of the work.

Leaving academia also gives you the ability to scale your income in a way that the university just doesn’t allow for. Raises in academia are few and far between. As for me, I managed to double my income over my first 5 years freelancing.

You might not have a choice in the matter 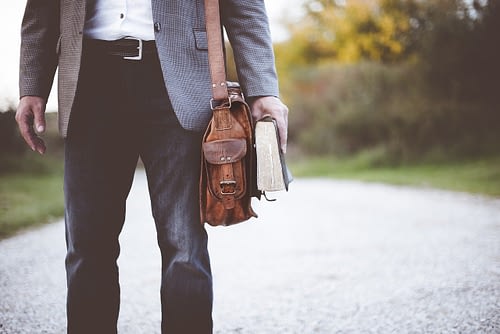 There are a growing number of people who don’t want to leave academia but basically have no choice. I didn’t want to ignore that in this post.

For just about all liberal arts disciplines, the system is set up for failure. In an effort to get even cheaper labor than adjunct professors, many universities now have graduate students instruct courses. As a result, departments are able to accept more students and fund them with TAships, only to create more PhDs to compete for fewer and fewer academic jobs.

It’s possible to be a top PhD with numerous publications and recommendations from high places, but you still can’t land a tenure-track job. It’s just too competitive. I very well could have been in this situation if I hadn’t dropped out while working on my PhD.

And the fact of the matter is, it’s only going to get worse. The aftermath of the pandemic has caused universities to make every possible cutback imaginable. Hiring freezes aren’t going away anytime soon. Open teaching positions are disappearing. And the fact that everyone is forced into online teaching has set a new precedent. In the coming years there will likely be more online courses than ever before. And since one teacher can handle many more students in an online format, more jobs will disappear.

Some people want to leave academia because they’re burned out. But I think the vast majority actually just don’t have a choice. Regardless of your reasons, there’s still a lot to look forward to by pursuing a traditional career or joining the freelance workforce. I’m sure you won’t regret leaving academia.

What to do after leaving academia?

So, if you’re convinced leaving academia is right for you (and even if you’re still unsure), it’s time to think about your next steps. There are lots of ways to transition, the most risky being shocking your university, leaving with little notice and going out in a blaze of glory.

While that’s basically what I did years ago, I definitely recommend a more cautious approach. Securing another job before officially leaving academia is a smart idea. However it’s also challenging to get references and do a thorough job search without your department finding out.

That’s why I really recommend trying freelancing. You can start building up freelance income quietly while you’re still in academia, then make the switch when you’re ready. If you want to join a traditional career, you can also use freelancing as a transitional income stream while you hunt for work.

What most academics don’t realize is that they’re very well suited to freelancing. You already have numerous valuable skills that you can easily adapt to freelancing. Meanwhile freelancers with an advanced degree are in very high demand. So not only can you find writing clients quickly, you can also earn great money from the beginning.

These are things I wish I knew when I first left academia and started freelancing years ago. It took me time to gain the confidence and knowledge to successfully market myself online. If you need help getting started, check out my exclusive freelancing guide for academics: